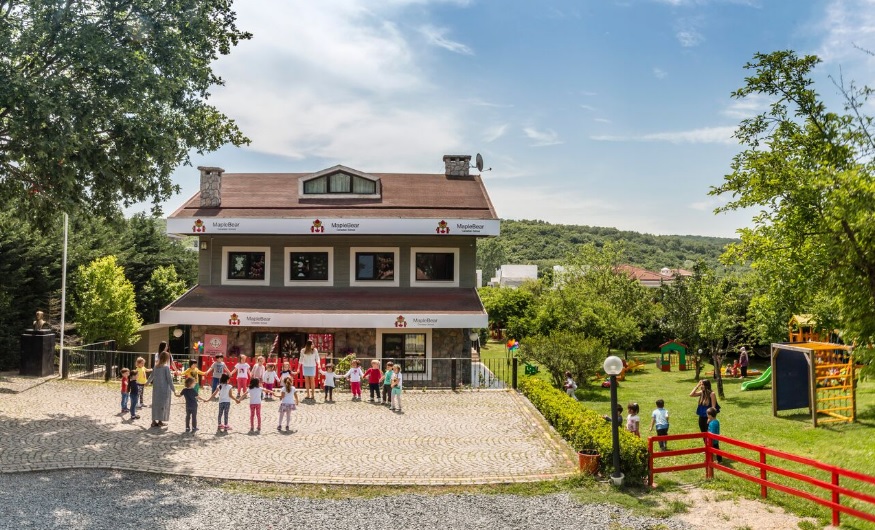 With the recent opening of their first Maple Bear school in Istanbul, husband and wife owners Burak and Mehtap Nurcan have officially joined the Maple Bear global family.

The Nurcans have been part of the educational landscape in the Göktürk/Kemerburgaz area of Istanbul since 2014. However, both have a history in the education sector in Turkey as well as international experience teaching English as a second language.

MBGS: Can you tell us a bit about your backgrounds in education?

Burak: My mother was a pre-school teacher and later a vice-principal in public pre-schools, so I was always around people in education. When the idea of establishing our business hit us, early childhood education seemed to be the first and natural choice.

MBGS: Why did you choose Maple Bear?

Burak: Maple Bear is the leader in representing Canadian education out of Canada. Apart from educational reasons, such as Canada being a world leader in English immersion and Canadian students having scored highly in PISA in recent years, from the business perspective, I knew that in choosing Maple Bear, we had a strong brand.

Mehtap: Maple Bear is not just a methodology that is used to teach English. It aims to teach pre-school children all they need to learn during their education but delivered in the English language. This is not common in Turkey. Also, I was aware of Canada’s success in English immersion. Secondly, I like the fact that Maple Bear stresses the importance of teacher training. Thirdly, the presence of Maple Bear in South Korea and China meant a lot to me as the education systems of these countries resembles Turkey as well as the problems with education they suffer. As we went deeper into the Maple Bear curriculum during our training in Winnipeg, I was absolutely sure we picked the right brand. MBGS: Speaking of your training in Winnipeg….how did you find coming to Canada, and Winnipeg in particular, in the middle of winter?

Burak: Well, one thing we must mention about Winnipeg was the cold! While we were freezing, we saw people jogging in their shorts on the streets! But despite the weather, we really enjoyed the training that was organized for us by Maple Bear. First, we met with Gerald MacLeod, Vice-President of Maple Bear Global Schools. Then we spent a week visiting public shools and attending classes. We also had sessions with Maple Bear trainers. We were introduced to both the Maple Bear methodology and its curriculum. Director of Education and Training Jocelyn McPike, Burak and Mehtap Mehtap and Burak in Winnipeg

MBGS: You transformed an existing school into a Maple Bear. Can you tell us about your school?

Burak: Our school is located on Davutpaşa Caddesi. It is between Göktürk and Kemerburgaz. The area is away from downtown. We have 500 square meters closed area on a land of 5 acres. We have lots of fruit trees, a green garden, a strawberry field, a chicken coop and half a basketball field. It is quite a peaceful atmosphere.

MBGS: Why do you believe that parents in Istanbul and in Turkey in general in the coming years will choose Maple Bear?

Burak: We have been together with most of our parents for two years now and the most important reason they will remain with us and go along with the switch-over to Maple Bear, although they acknowledge the distinction of Maple Bear methodology, is their confidence in us. That is quite Turkish of us actually. We are a sentimental people.

On the other hand, since we began to publicise Maple Bear, we have received lots of positive feedback. We realised that there are many people who are familiar with and who value Canadian education more than we thought in Turkey. We believe that our school culture, combined with a better education now, will attract many parents to our school.

Mehtap: We are very excited to be joining the Maple Bear family. Our goal is to make our school an attractive example for others who wish to own a Maple Bear school. We will be working very hard and we believe we will achieve our objectives.

Burak: It’s more than just business for us. There is an emotional aspect to it as well. Turkish education is far from where it should be and we think we have a responsibility to be a humble contributor to the collective cause of reaching contemporary standards in education in Turkey. 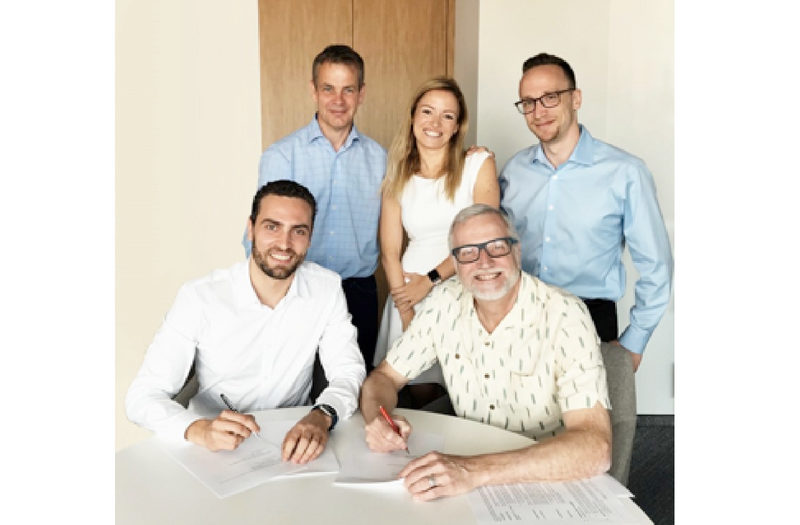 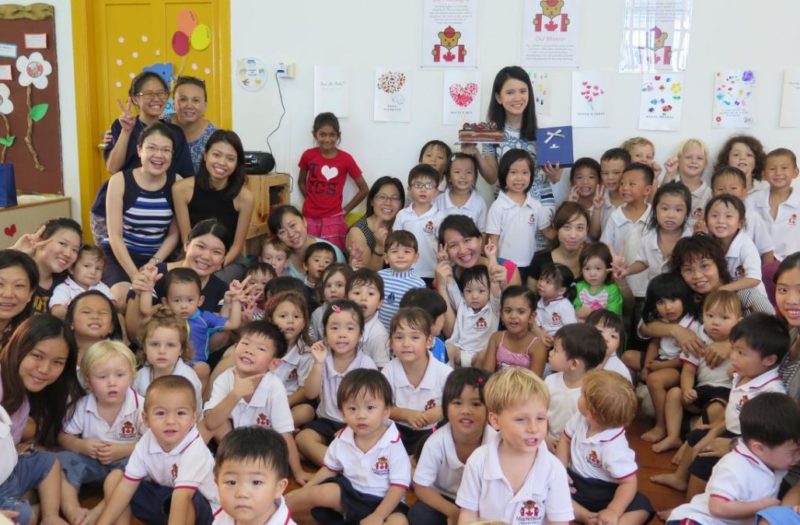 For Gladys Ng, owning two Maple Bear schools in Singapore is a dream come true and the pinnacle of a long, meaningful career in early childhood education. Her passion for… 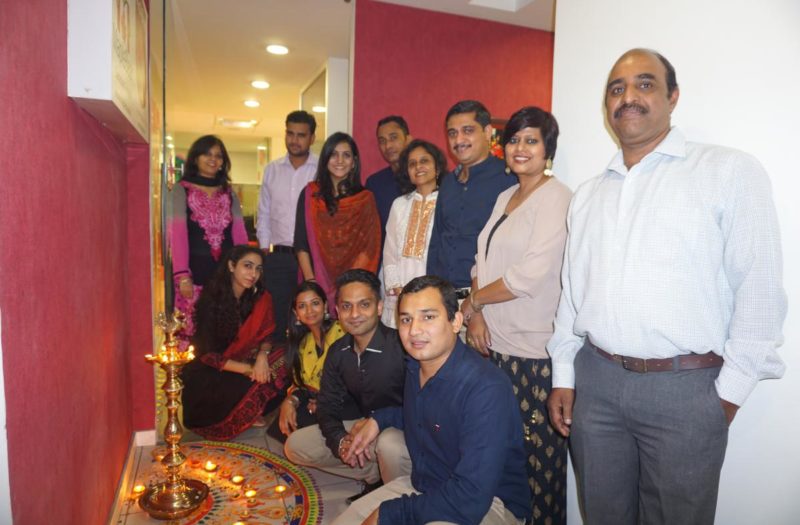 Maple Bear India’s rapid growth this past academic year is a smashing success story worth sharing! An amazing 28 new franchises have been signed in the 2015-2016 school year. Notably,… 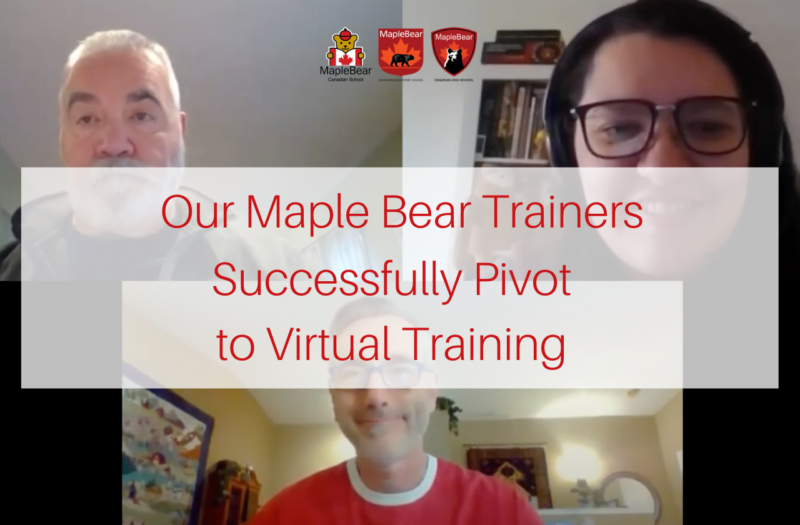 Pre-pandemic, our Maple Bear Trainers could be found all over the world training the teaching staff at our schools and ensuring that our program is delivered in the way it…